Toenail Growing in Skin? This is How To Fix It

Here’s a true story about one persons’ battle with toenail growing in skins and their experiences.  It always affected the big toes. Mostly on the right foot. I wonder why? Can you  figure out what the main cause of her ingrown toenail problem is and what the secondary  cause is?

I worked in maintenance since I left high school. Don’t ask me why but college at the  time and office work didn’t appeal to me in the least. I found out I had a knack for  fixing things and finding ways to fix things that others didn’t come up with. This is  an important point to remember as I tell you the rest of my story…

I was working at a facility rebuilding equipment. I enjoyed the work but there were  some politics as usual and favoritism, also as usual. This particular day my supervisor  Stopped and chatted with me for a moment in the aisle of the work area. No big deal.  People were around but everyone was busy doing one thing or another. What could possibly  go wrong? Then, the unthinkable happened. He crossed the line. Suffice it to say that my  ‘comfort-zone’ was violated and I was in a bit of pain from the event.

I normally have a very long fuse as well but somehow he found a shortcut to get me mad.  Well, I got away from him quickly and walked around for a bit trying to cool down and  wondering how best to handle this. There were a lot of factors, many of which revolved  around being not part of the main ‘group’ at work. However, the longer I walked around,  the madder I became.  I had to do something to vent this anger or I might do something really stupid if my supervisor walked up to me again. So, I did something almost as stupid.

I immediately brought the  nearest box pallet in my sights and let loose! WHAM! Oh. Ow. As I hopped around for a few  minutes in response to the pain coursing through my foot I found myself not so mad. Hey!  It worked!  Well, it took a little while but the pain eased off after a bit. I was wearing steel-toed shoes if you must know.

So, maybe not the brightest move but it did keep me from tearing into my  boss and dealing with the repercussions from that. Yes, he was wrong, and yes, I could have  gone to HR, but No, there weren’t any witnesses that I was aware of. He knew what he was doing. That made it worse. Anyway, I recovered with nothing more than my pride being hurt.  Or so I thought.

Some time later ( a couple years maybe) I started suffering from the  toenail growing into skin on the  right foot (same foot I slammed into the box pallet). Hhmmmm. I wonder what caused that?  So, I went to my general practitioner and he said he could fix it by removing part of the  nail and it should grow back just fine. Sounded good to me so I made an appointment and had  it done.

What I didn’t realize is how sensitive and tender the toe, and the foot in general, really  is. They have to numb the toe before surgery. Too bad they don’t numb the patient first! I  have never felt pain like that before and this was just the injections. There are 3 nerve  endings or nerve ending sets (can’t recall) that he told me had to be numbed. One on each  side going along the toe and one going across the top of the toe side to side. So, of course  the first 3 injections follow suit. Dandy!

Not! I had 8 more injections after that to finish numbing the toe. I felt EVERY SINGLE ONE!  I think I had the thought that I should have decked my Boss instead. Oh well. Once all was  said and done, I carried on after recovering from ingrown toenail surgery #1. As a side note,  they removed part of the nail and allowed it to grow back. It wasn’t killed off or what they  called a wedge resection or something like that.

A couple years later I was having trouble with my left big toe. Again, a painful and Ingrown  Toenail. Hhmm. Wrong foot though. This time it wasn’t as bad per se. The ingrown nail was not  as extensive as before but I still went in for surgery with my general practitioner (different  one this time).

This time for some reason I only needed 3 injections and I think 2 more during the surgery.  Still hurt like nobody’s business! Keep in mind I was working in maintenance and there is a lot  of stooping, bending, kneeling and working with heavy parts and awkward positions. So, your feet  and especially your toes will take a beating. So, surgery #2 was partially due to normal wear and  tear due to my career.

Well, guess what? Yep, a few years later my right toe was hurting again. Bigtime. I had been  able to take care of any infected big toe pain myself most of the time and was getting good at  treating my toe(s) to the point of getting complete impacted toenail  relief. 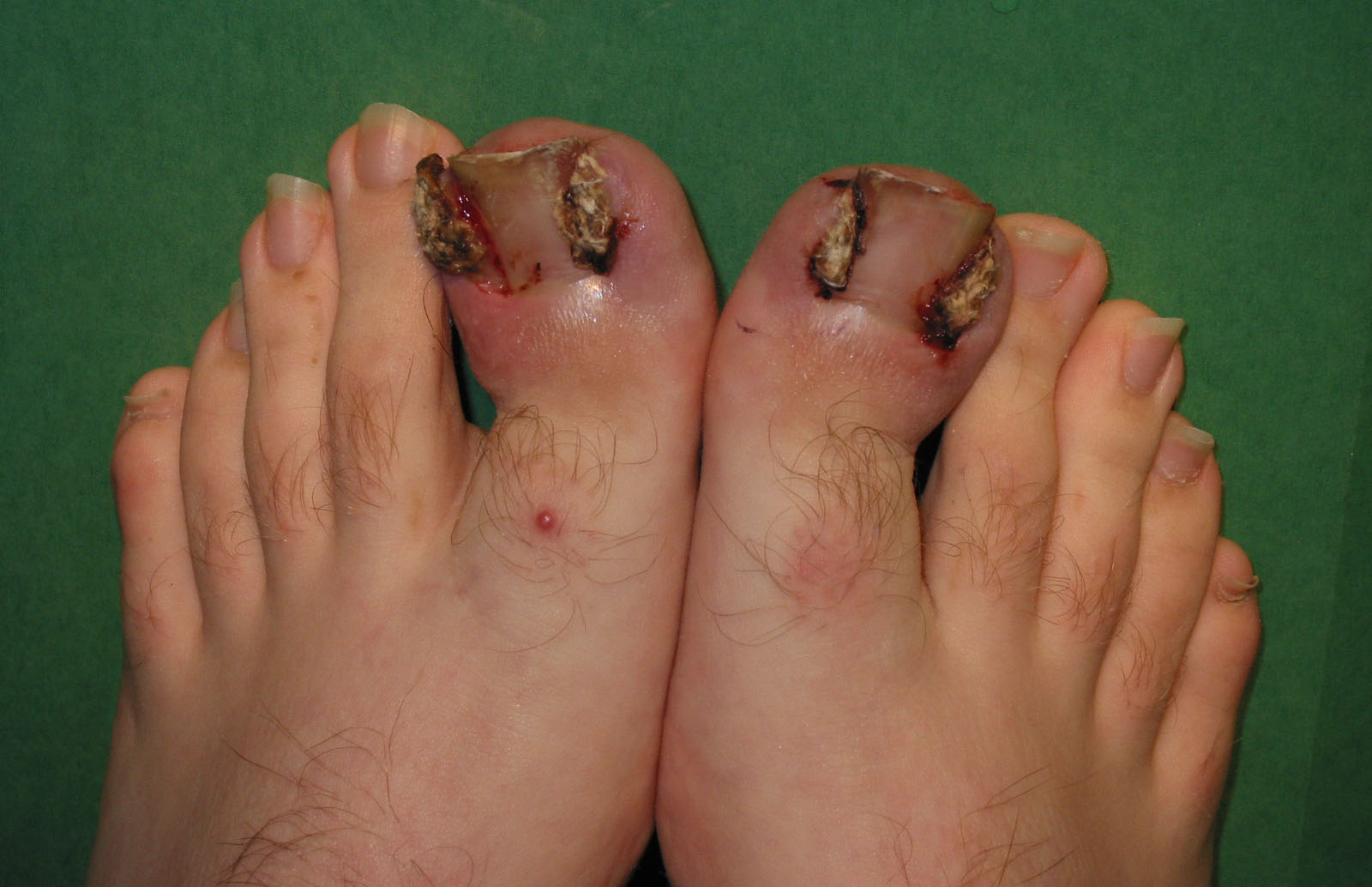 I’ve been having to deal with this about every 6 months. More frequently if I am working in my  garden or doing things to aggravate it. Now and then, however, it seems it’s just too much.

This time it was infected worse than ever and really looked angry. The doctor gave me antibiotics  and stated the infection had to go away before they could operate on my toe. Fine by me. Wasn’t  crazy about having another painful surgery done by anyone.

During this time frame, a bit after the infection was almost gone, I was still contemplating  what to do when I decided to check out a podiatrist. I went in and saw one close to home and  to advise me on an impacted toenail removal and permanently killing the nail during the process.  I was done with this thing!

In short, since I didn’t have insurance, it was going to be costly. Something like $400 or so  (kind of vague) for the procedure. I had asked if there was something that could be done to  relieve the pain in the meantime while I made a decision and saved up for the procedure and she  said she could remove the other side of the nail which should take the pressure off the sore part.  Anything! I was tired of hurting…

Until she came at me with those things that look like sheet metal shears and proceeded to cut  the opposite side of the nail off! No numbing, no warning, nothing! I wonder if she has ever  had a sore toe. Most of the toe was inflamed and she just ran a blunt tool down one side and  cut part of the nail off!.

I wasn’t sure if I was mad or in total excruciating pain. Both I think. Well, I went home. Probably  in mild shock. It didn’t take long to come to a conclusion that I wasn’t going back to her. I don’t  care if she was a podiatrist (which I had expected to be gentle compared to other doctors).  Not going to do it. In short, my toe healed up but, the nail now grows to the side she cut out and the nail is now arched  and creates even more problems! I told myself …when I found a doctor that would knock me out first  before performing the ingrown toenail removal procedure while completely killing off the nail… I would  go see them. Until then, I would figure out how to deal with it myself.

Being a technician all my life, it should be pretty easy to figure out something…and I DID!  Check here  to find out what I did to perform many simple procedures AT HOME with very little, if any, discomfort, to get rid of my toenail growing in skin. Actually, the only discomfort was with the first time I attempted this. After that, piece of cake!

Back to Brevity Blog